How do you keep love alive? 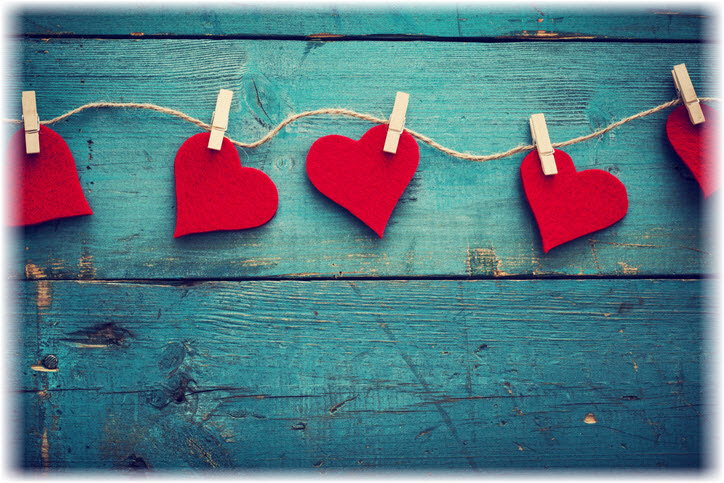 Feb 7, Bethesda: It seems fitting that a musical piece called “Love Letter” was written for Lark, as this violinist’s technical agility, varied repertoire, and list of accolades have us wanting to write our own love letter to her. Known for her astounding range of sounds, Lark has appeared as soloist with the preeminent orchestras of the world, yet her strong Kentucky roots keep bluegrass and Appalachian music performances on her roster. This performance features the DC area premiere of Violin Sonata which is emblematic of Lark’s zeal for pairing canonical violin with contemporary works.

Feb 8-17, various locations: The Economist predicts 2019 as being the #YearOfTheVegan. Will you join us in celebrating? Maryland is an exciting and vibrant state full of unique counties, towns and neighborhoods boasting incredible diversity – and we in the restaurant business know first hand that nothing brings people together quite like good food. The mission of Maryland Vegan Restaurant Week is to increase the awareness, benefits and accessibility of a plant-based diet through a fun, innovative and community-based experience across multiple counties, towns and neighborhoods.

Feb 7-10, Baltimore: See hundreds of brand new model cars and trucks, all under one roof. Plus, test drives, demos & more.

Feb 8, Mt. Airy: All are welcome to an evening of small town charm, shopping, dining, and free carriage rides. Businesses will offer in store promotions, special samples, and CHOCOLATE! Chocolate Crawl is about bringing the community together, to share and make new memories. Downtown Mount Airy has 7 restaurants & cafes, a distillery, and over 10 retail businesses to keep you busy through the night.

Feb 7, Baltimore: James Christopher Gaffigan is an American stand-up comedian, actor, writer, and producer. He was raised in Chesterton, Indiana. His material is often about fatherhood, observations, laziness, and food. He is also regarded as a "clean" comic, using little profanity in his routines.

Feb 9, Columbia: We celebrate Jason Love's 20th year with the Columbia Orchestra with one of his favorite works, Mussorgsky's art-inspired masterpiece which he led at his inaugural concert in 1999. In a very special event, Jason is the soloist for the U.S. Premiere of a virtuosic cello concerto by Guillaume Connesson, one of classical music's most acclaimed rising stars. Nothing starts a celebration better than a fanfare and Tower's work features our marvelous brass and percussion.

Feb 9, Baltimore: Wrongfully Convicted: Walter Lomax In Conversation with The Honorable Gale E. Rasin Moderated by Andrew Green of The Baltimore Sun. Walter Lomax was arrested in 1967 at the age of 20 and sentenced to life in prison for the murder of Robert Brewer, the proprietor of Giles Food Market. Mr. Lomax maintained his innocence from the time of his arrest. After nearly 40 years and repeated petitions for a new trial, a review of his case by Judge Gale Rasin and additional investigations led to Mr. Lomax’s release in 2006. Join us for this conversation about Mr. Lomax’s experiences navigating the justice system following his incarceration for a crime he did not commit, and his work since his release with the Maryland Restorative Justice Initiative, an organization founded to fight for the rights of incarcerated individuals with parole-eligible life sentences.

Feb 9, Columbia: The Howard County Community Dance Festival is a collaborative event shared amongst the Howard County Arts Council, the Howard Community College Dance Program and Arts and Humanities Division. The Festival gathers the dancers of Howard County and the surrounding areas together in a celebration including classes and performances in the hope that dance will continue to be a valued and lasting component of the arts in Howard County. We endeavor to feature dancers, teachers, and choreographers from the Baltimore/DC metro area as a means of exposure and support in our small but vibrant community.

Feb 8, Columbia: Children’s Book Reading with Cellist Amit Peled. From the basketball courts of rural Israel to the grand symphony halls of the world playing one of the most famous string instruments of all time, cellist Amit Peled will read about his story with the cello and legacy of the great Pablo Casals and how dreams can come true!

When ___ Met ___: An Improvised Romantic Comedy

Feb 9, Baltimore: In the best tradition of Hollywood romantic comedies, BIG is staging a fully improvised Valentine’s Day romcom with a twist! The twist: our two leads will be played by audience volunteers. Join us for a night of romance and hilarity, and who knows — you just may end up a Star!

Feb 7-Mar 10, Olney: This unlikely gem presented by Olney Theatre is a musical that delighted Broadway in 2012 with its emotional folk-rock ballads and an ensemble that plays its own instruments, winning 8 Tony Awards including Best Musical. Set in contemporary Dublin, a thirty-something street guitarist is about to give up on his musical dreams when he meets a curious woman who wants to know all about him. Captivated by her optimism, the two embark on a remarkable music-making journey that includes a cadre of unlikely companions -- immigrants, oddballs, and lonely hearts. Along the way, can the two of them find love?

Feb 10, Lutherville: Meet at the museum for a presentation then board a coach for an in-depth look at the 1904 "burnt district." Enjoy a mid-tour snack at the brand new Alexander Brown Restaurant housed in a building that survived the fire.

Feb 10, DC: DC Chinatown Consolidated Benevolent Association is holding it's biggest and most diverse parade ever to ring in the 4717 Chinese Lunar New Year, the Year of the Pig! Our dynamic community-based parade will include traditional lion and dragon dances, Kung Fu demonstrations, firecrackers, live music and marching bands, beauty pageant winners, VIPs, and other community talents!

Now-Feb 11, DC: Starring Tony Award nominee Norm Lewis (Porgy and Bess) as Harold Hill, Tony Award winner Jessie Mueller (Beautiful, Carousel) as Marian Paroo, and Broadway, film, and television star Rosie O’Donnell as Mrs. Paroo, the Kennedy Center presents this semi-staged concert production of the American favorite and six-time Tony Award–winning musical. Traveling salesman Harold Hill cons the people of River City, Iowa into buying instruments and uniforms for a boys’ band that he vows to organize… despite the fact he doesn’t know a trombone from a treble clef! His plans to skip town are foiled when he falls for Marian, the town librarian. Don't miss this Broadway classic featuring a cast of 28 performers and 20 musicians onstage!

Now-Feb 10, DC: “Be prepared for two things: a continued devotion to tradition, but also big, refreshing surprises.”—The Chicago Tribune. Now more than ever, the world needs the power of dance to bring people together and connect us all by our common humanity. Celebrating its 60th anniversary, Alvin Ailey American Dance Theater continues to push the art form into fascinating new territory while still honoring signature classics like Ailey’s masterpiece of hope and redemption, Revelations.